Cervical cancer screening has been a huge success in those countries where cytology-based, quality-assured, and high-coverage programmes have been implemented. A similar model of population screening that requires multiple visits to health facilities is not replicable in low- and middle-income countries (LMICs). For LMICs, the World Health Organization (WHO) has recommended alternative algorithms based on visual screening (visual inspection with acetic acid, VIA) followed by immediate treatment of screen-positive women. VIA has relatively poor test characteristics in programme settings, largely because of its subjectivity, the difficulty of ensuring quality, and its suboptimal sensitivity in older women. An affordable point-of-care test to detect carcinogenic types of human papillomavirus (HPV) may well soon emerge as the screening test of choice for all settings. Even then, visual-based triage will remain the mainstay of management for HPV-positive women in LMICs. Furthermore, there is huge scope for improving the accuracy of colposcopy, which also depends on subjective visual recognition of image characteristics and is subject to similar shortcomings, especially where training facilities are highly limited.

For these reasons, several research groups and private companies are actively investigating and developing artificial intelligence (AI) image recognition systems, as an objective means of screening, triage, and diagnosis of cervical precancerous changes that are evident at in vivo examination. The United States National Cancer Institute (NCI) has published an algorithm derived from stored images collected during a long cervical cancer screening study. The test characteristics of this system, as assessed by the NCI group, appear to be superior to those of HPV testing, cytology, cervigram image assessment, and VIA (Hu et al., 2019). The promise of AI-based image interpretation could lead to a paradigm shift in screening for cervical cancer in LMICs, because screening, triage, diagnosis, and treatment decision-making can be combined in one or two visits. To the best of our knowledge, all such AI developers are currently dependent on creating their own image banks or on using the same retrospectively collected NCI image bank. The NCI image bank has limitations, because the images were not collected for the purpose of image interpretation and many are compromised by the presence of blood. Also, they often omit one or more crucial aspects of examination (e.g. the entire transformation zone, the worst area, before and after application of acetic acid, after iodine staining). Therefore, there is an urgent need to establish a standard high-quality image bank for researchers to access in order to train and validate their machine learning, deep learning, or computer vision algorithms.

The aim of this initiative is to create a comprehensive portal with an image bank of cervical epithelium, including normal features, benign changes, precancers, and cancers, to facilitate the development, evaluation, and validation of AI image interpretation algorithms for the early detection of cervical cancer and precancer. The IARC Cervical Cancer Image Bank will prospectively collect images from a number of varied clinical settings for use in the development of AI image interpretation algorithms. The inclusion of retrospectively collected images in the image bank will be allowed only if the image collection process and image quality fulfil the stringent set of eligibility criteria. The images will be assessed by a team of experts before inclusion in the image bank. The images will be collected by collaborating colposcopists using standard formats, collated, and validated for access by appropriately regulated research groups or commercial developers of AI. This unique approach will complement the ongoing research on interventions designed to prevent cervical cancer incidence and mortality. 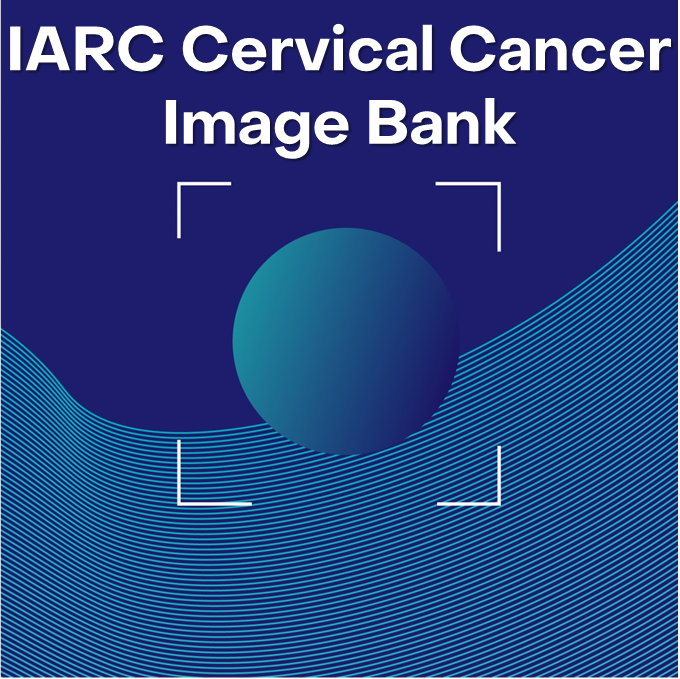 For any comments or queries about the IARC Cervical Cancer Image Bank, please contact Eric Lucas.